On June 9-15, the 10th Sino-European Entrepreneurs Summit was held in London, United Kingdom. Ms. Annette Nijs, the Chair of Global Executive Board of Business School Netherlands, attended the summit and was appointed as a Member of the Advisory Board of SIEF (Sino International Entrepreneurs Federation). 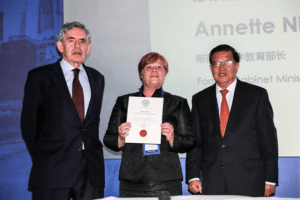 Sino-European Entrepreneurs Summit has been held ten times since the year of 2008, in UK, France, Switzerland etc. The summit gathered Chinese and European entrepreneurs as well as political leaders to exchange views on hot topics, the international co-operation environment and potential opportunities between both parties.

The theme of this year’s summit is “Innovation, Recovery and Mutual Benefits: Towards a New Era of Sino-Europe Business Co-operation”. The summit took place in London, Edinburgh and Ireland and provided an in-depth analysis of the political, economic and business environment of China and Europe, with 7 seminars, a series of round table discussion, project presentations, one-on-one dialogues and the top 100 European enterprise visits. 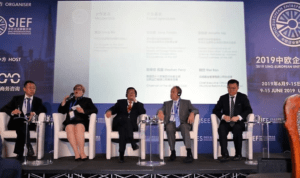